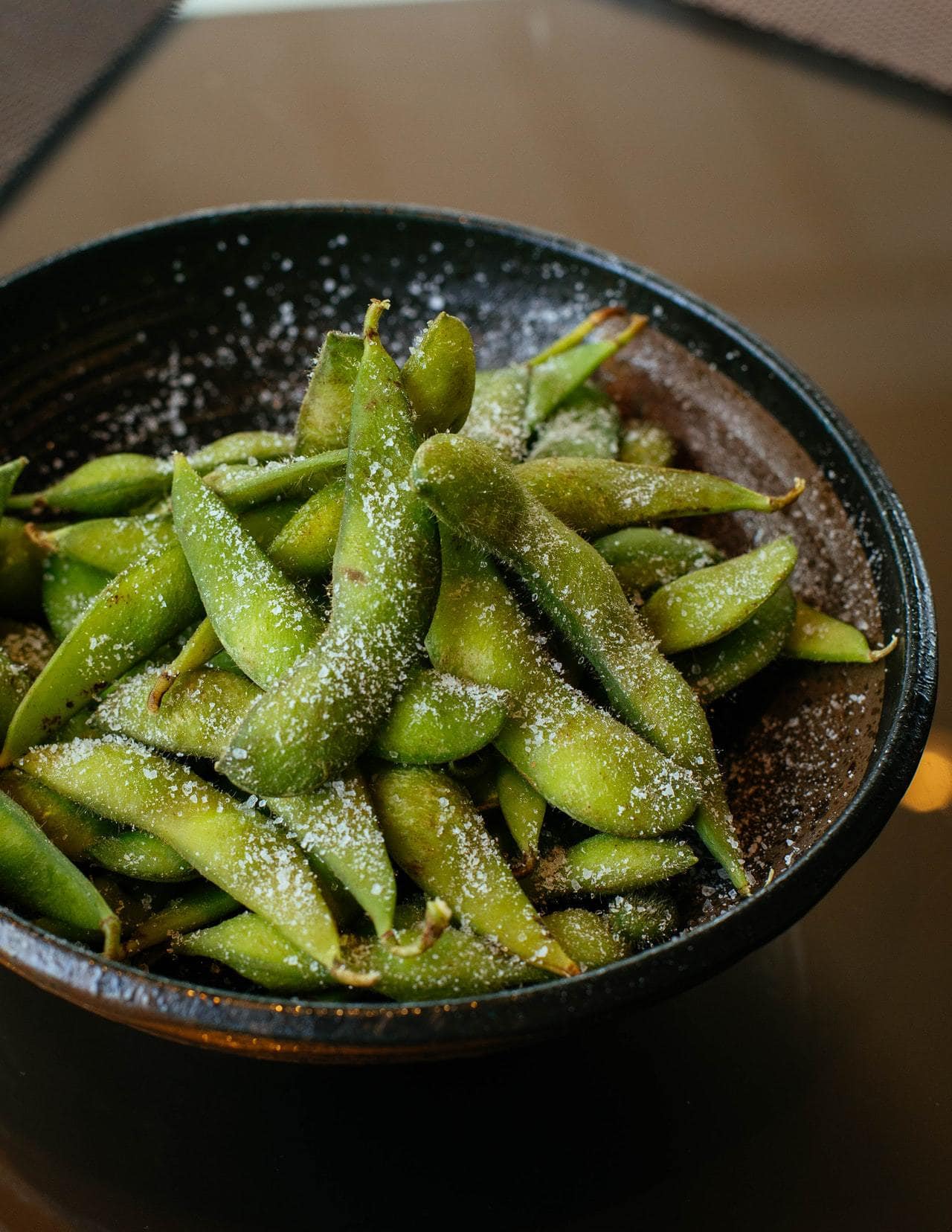 But is edamame keto-friendly?

Well, this post goes over eating edamame on keto, some yummy edamame recipes and lower-carb alternatives.

Can You Eat Edamame On A Ketogenic Diet?

Edamame is a legume and legumes aren’t allowed on keto. So if you’re on a strict keto diet, I’d suggest avoiding it.

However, it won’t kick you out of ketosis in small amounts. It’s in the gray area of what’s allowed on keto. If your low-carb diet is a bit more flexible, then there’s no harm in eating small portions of edamame occasionally. This is because it’s lower in carbs compared to most legumes.

You can eat a serving of edamame with low-carb, high-fat food like bacon and still maintain ketosis.

One serving of edamame contains:

You’ll also consume 20% of your daily iron needs, 11% of your vitamin C requirements and over 100% of your choline needs. There are also trace amounts of copper, zinc, riboflavin, niacin and phosphorus in edamame.

Here are some health benefits you can expect to experience when eating edamame.

It Can Help Prevent Migraines

Because edamame has large amounts of magnesium, it can help relieve and prevent migraines.

Magnesium is an essential nutrient, and studies show that over 75% of Americans don’t meet their magnesium requirements. This is due to eating processed foods that contain little to no nutrition.

And it’s proven that migraine sufferers have even lower magnesium levels than the average American.

In one study, doctors gave migraine sufferers a magnesium IV, which achieved a success rate of 95%.

So if you’re struggling with chronic migraines, consider introducing small amounts of edamame into your diet. It also helps to take a magnesium supplement and eat other magnesium-rich foods like:

Edamame contains a decent amount of vitamin A which is essential for healthy skin, eyes and immune function.

Studies show that many people struggling with cystic acne actually have a deficiency in vitamin A. This is why Accutane is one of the most popular treatments for extreme acne. It’s basically super high levels of artificial vitamin A.

So by implementing small amounts of edamame into your diet, you boost vitamin A consumption, improving skin.

Like cinnamon, edamame contains a lot of antioxidants. These antioxidants fight free radicals and oxidation. It can also get rid of toxins from processed foods, strengthening your immune system and reducing inflammation.

It also contains choline and B vitamins, which are found to lower inflammation in asthma and heart disease patients.

However, you shouldn’t eat large quantities because it’ll trigger stomach inflammation and leaky gut if you’re sensitive to lectins.

A Word Of Caution When Eating Edamame

Edamame and legumes, in general, contain high amounts of lectins.

Lectins are proteins in foods that act as a survival mechanism in plants. It keeps insects away and prevents them from eating it because it kills them.

When someone is sensitive to lectins and eats too much, it creates inflammation in the stomach leading to leaky gut syndrome. This can cause autoimmune conditions like rheumatoid arthritis.

Some studies even find that high lectin consumption can worsen depression.

So if you’re suffering from a leaky gut, depression or any autoimmune disease, it’s best to avoid edamame since it’s basically immature soybeans. You also want to avoid other high-lectin foods like:

Instead, opt for leafy greens and cruciferous vegetables.

If you aren’t sensitive to edamame and other high-lectin foods, you still want to soak them in water for a few hours and cook them thoroughly since it reduces lectin content.

How To Introduce Edamame Into Your Diet

Eating edamame by itself is unpleasant. So here are some keto recipes to try.

For this delicious snack, you only need three ingredients:

It’s an easy-to-make meal for when you just came home from a long day of work or when you’re on the go.

First, get half a cup of frozen edamame and boil it in a pot for around four to five minutes. During this time, heat up your pan with some butter and add five slices of bacon. Cook till it’s crispy and season with salt and pepper.

Last, mix the bacon and cooked edamame, and you’re good to go. If you want to spice things up, try adding some cauliflower rice.

This recipe contains 30 grams of fat, 25 grams of protein and only four grams of net carbs.

First, add 200 grams of edamame spaghetti to a pot of boiling water. You want to cook this for three to five minutes, or until it’s soft.

Drain the water and add six tablespoons of butter, two eggs, a cup of grated Parmesan cheese, a handful of mushrooms, a clove of garlic, a teaspoon of soy sauce and season with salt and pepper.

From here, you can enjoy your meal, but I’d suggest adding some ground beef, bacon or chicken for extra flavor.

For this on-the-go snack, you’ll need:

First, cook your edamame in a pot for three to five minutes. Drain it and toss it into a large mixing bowl. Add your olive oil, garlic powder and Parmesan cheese and give it a nice toss. Lastly, season with salt and pepper to taste and enjoy.

Like the keto edamame spaghetti recipe, feel free to add your favorite meat.

What Are Some Keto Alternatives To Edamame?

If you’re looking for keto foods with fewer carbs, consider the following options.

Brussels sprout is a cruciferous vegetable containing eight grams of total carbs and 4.5 grams of net carbs per serving. This makes it a keto-friendly alternative to edamame because it isn’t a legume, and you won’t have to limit your consumption as much.

It’s also easy to introduce into your keto diet. You can cook brussels sprouts in garlic and butter for a yummy side dish or add bacon and grated cheese for a convenient meal.

Celery is the perfect vegetable for weight loss. A cup of chopped celery only has 14 calories and three net carbs. It’s proven to lower blood sugar and pressure and increase testosterone. I like dipping celery sticks in nut butter or hummus for an on-the-go keto snack. You might also like this recipe for stuffed celery!

Asparagus contains four grams of carbs and 20 calories per serving, making it another practical alternative to edamame.

Like celery, broccoli is another low-calorie vegetable for anyone looking to lose weight. It only contains 31 calories and four grams of carbs per cup.

One cup of zucchini contains three grams of carbs and 17 calories. It also has essential nutrients like vitamin A, C, manganese and lutein that help shield you from disease.

If you’re craving French fries, consider making some with zucchini. You can even make a cheesy casserole, zucchini gratin or keto frittata with zucchini. Get some keto mayo or ketchup, and you’re good to go.

Searching for more guides on keto friendly foods? Check out our posts on are chickpeas keto?, is quinoa keto?, are onions keto?, is garlic keto? and is watermelon keto?

For strict keto dieters, I’d suggest staying away from edamame because it’s a legume.

But if you’re a little flexible, you can enjoy edamame on keto, but keep your portions small to lower carb intake. It’s also not something you want to eat regularly due to its high lectin content.

Instead, opt for broccoli, brussels sprouts, asparagus, celery and zucchini because they are low carb and delicious vegetables. 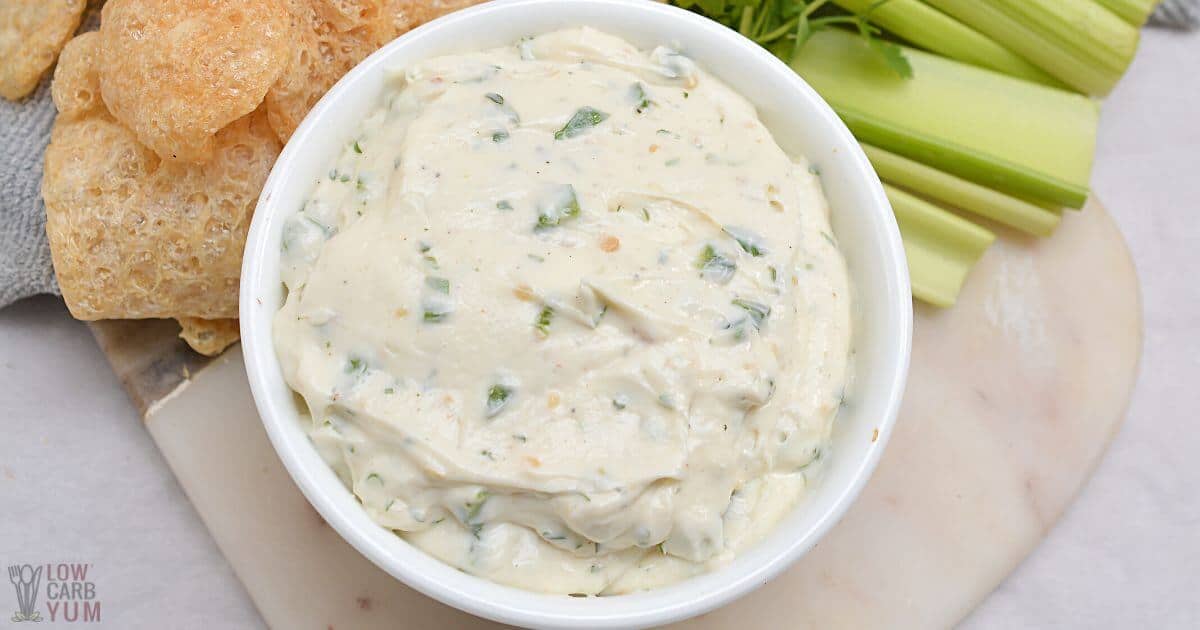 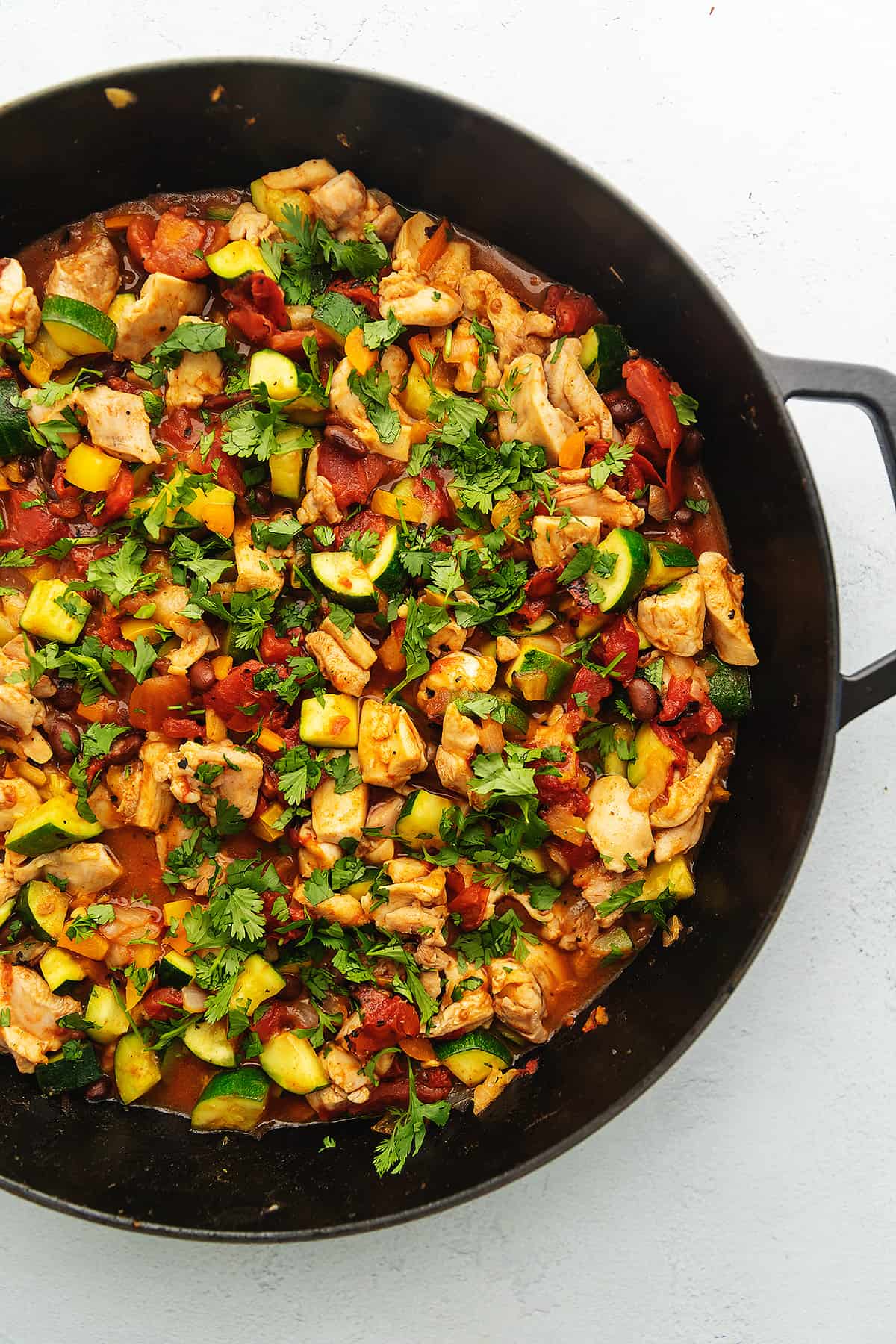 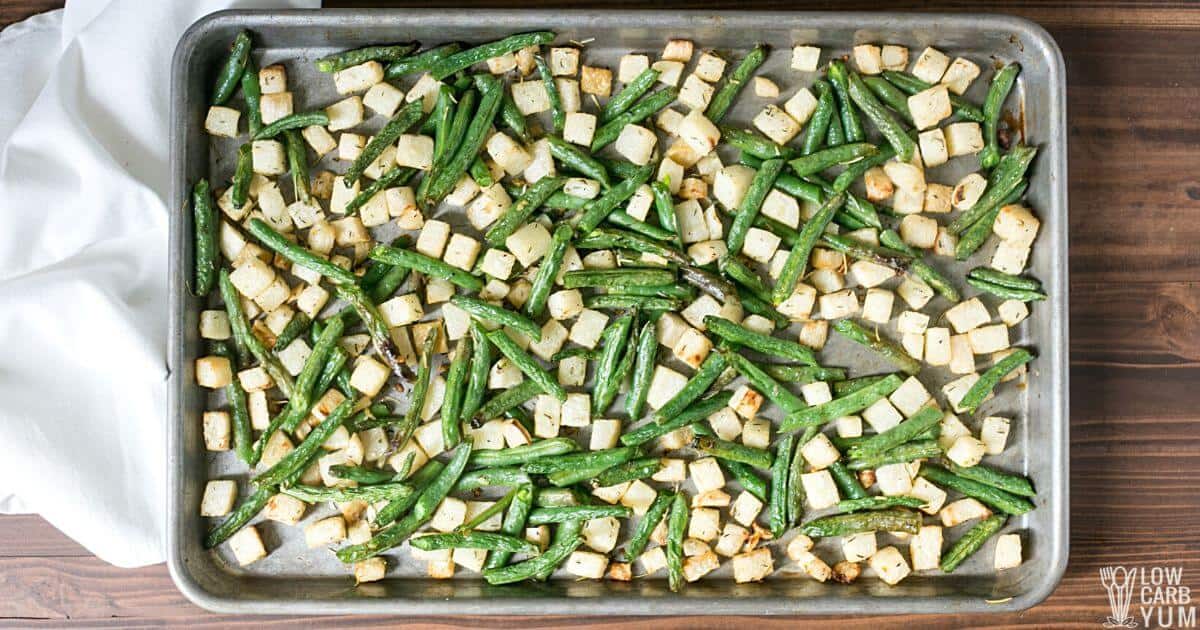