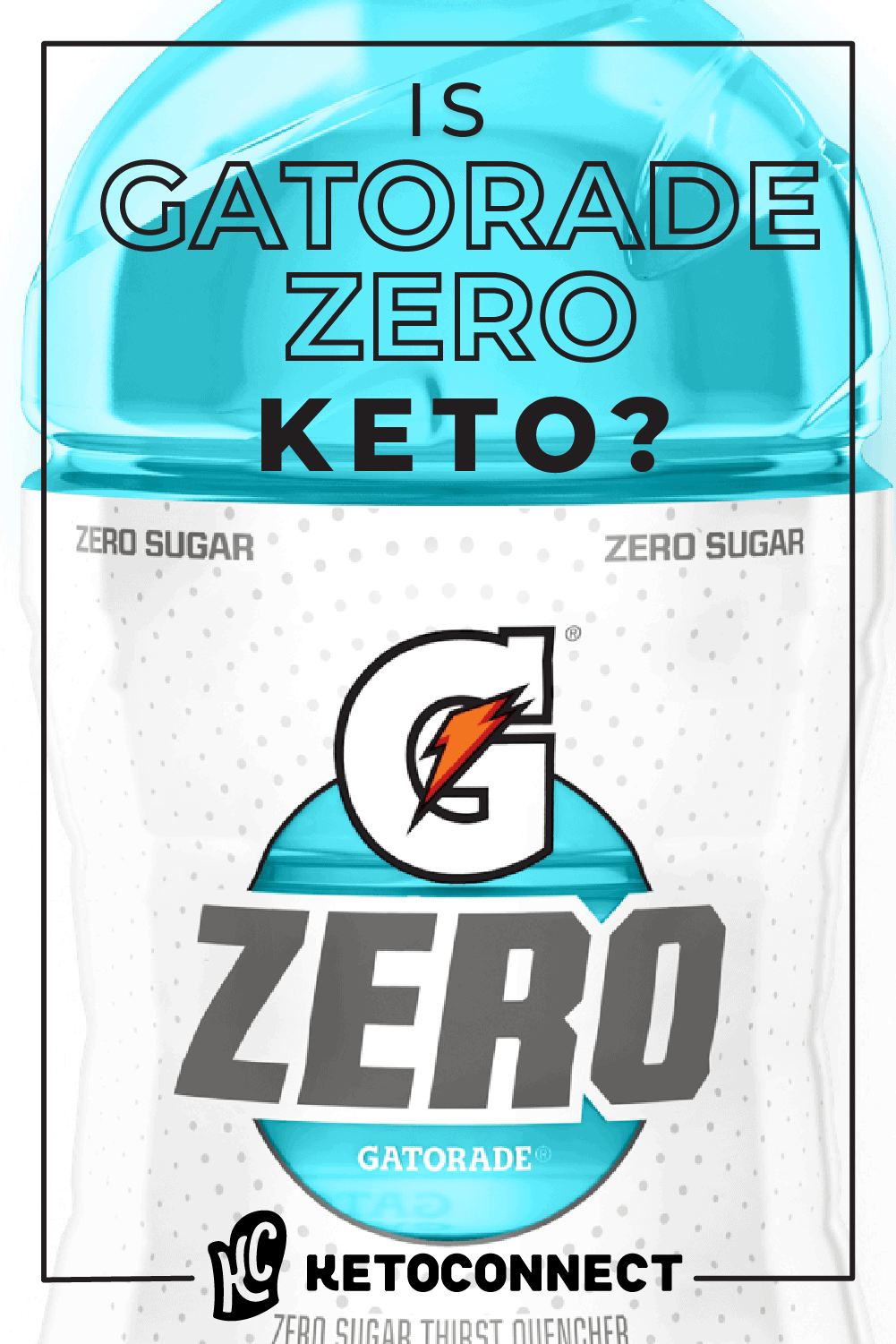 However, this doesn’t mean you have to cut out all beverages and only drink water because that’ll be boring. Many keto dieters resort to energy drinks, diet sodas and various health beverages.

So is Gatorade Zero keto friendly and can you drink it while doing a low-carb diet, and will long-term use increase your chances of developing health problems?

In this post, I’ll go over if you can drink Gatorade Zero on keto, if it contains harmful ingredients and what you can drink instead.

Can You Drink Gatorade Zero on a Keto Diet?

In short, you can drink Gatorade Zero while staying in ketosis.

Gatorade Zero contains only one gram of net carbs, and zero sugars and calories.

However, although Gatorade Zero won’t kick you out of ketosis, you don’t want to drink too much. It contains artificial sweeteners like sucralose and acesulfame potassium that are linked to negative health effects.

When looking for a sugar replacement, I suggest opting for natural sweeteners over artificial ones.

Artificial sweeteners are found to promote weight gain, and some can trigger inflammation.

Research even shows that drinking artificial sweeteners can cause you to gain more weight compared to sugar.

The sweet flavor you get when drinking zero calorie sweeteners triggers a reaction in your brain, and you crave more sweets. This makes it harder to stick to a lower-carb diet.

The second reasoning researchers presented involves insulin. We all know that insulin spikes in response to carbs and sugar, which is bad because it leads to weight gain. So if you avoid carbs and sugar, you won’t raise insulin, right?

Scientists are experimenting with the idea that artificial sweeteners raise your blood insulin levels even though it doesn’t contain sugar.

However, Gatorade Zero isn’t bad. If you’re regularly drinking sugary sodas, then swapping it out with Gatorade Zero is a healthier option. But if you’ve optimized your keto diet and are still struggling to lose belly fat, consider cutting out Gatorade Zero.

What is Gatorade Zero?

Gatorade Zero is a low-carb sports drink that aims to replenish electrolytes while being calorie and sugar-free. It’s a zero-calorie alternative to Gatorade Thirst Quencher.

You’ll find Gatorade Zero in several flavors. Some of my favorites are:

In terms of macros, Gatorade Zero is a healthy option for keto-dieters.

This sports drink also offers a decent amount of electrolytes. In one bottle, you’ll get 50 mg of potassium and 160 mg of sodium, so it’ll help relieve keto flu symptoms. Here’s a list of all the ingredients you can expect to find in Gatorade Zero:

Does Gatorade Contain Any Bad Ingredients?

After reading the Gatorade Zero label and doing research on its ingredients, here are some additives I found to have potentially negative health consequences:

Although consuming this sweetener once in a while isn’t a problem, long-term consumption can make it harder to lose weight.

While authorities claim that sucralose is entirely safe, studies show it leads to liver inflammation and an imbalanced gut microbiome.

Sucralose is 400 to 700 times sweeter than sugar and even more potent than acesulfame potassium. This could be the reason why a 2013 study found sucralose to increase blood sugar levels by 14% and insulin levels by 20%.

So what can you drink instead?

What Can I Drink Instead of Gatorade Zero?

Although Gatorade Zero is a good option for people who’re struggling to cut down on sugary drinks, if you’re optimizing your keto diet, try the following alternatives:

Ice tea and coffee is my personal favorite since it’s keto-friendly and super tasty. You can add heavy cream to give some extra flavor and MCT oil or butter to boost fat content.

MCT oil is a super powerful brain supplement since recent studies show it reduces your risk of developing Alzheimer’s Disease.

Consider adding some natural sweeteners to satisfy your sweet tooth because it’s healthier than artificial ones and far tastier.

The caffeine content in tea and coffee combined with MCT oil gives you a better energy boost compared to Gatorade Zero and other sports drinks.

Keto Perform is an electrolyte drink created for keto-dieters, and it contains much more electrolytes than Gatorade Zero. Drinking one serving of Keto Perform gives you:

This makes it the perfect energy drink for during and after workouts because it replenishes lost electrolytes. Keto Perform can also help defeat keto flu symptoms.

With just two servings of this keto-friendly energy drinks, you’ll meet almost all your electrolyte requirements.

Animal bones are rich in nutrients like phosphorus, potassium, zinc and iron, while fish broth is full of iodine. This helps with thyroid function.

Most people like drinking bone broth warm, but try putting it in the fridge overnight and sip on it when you’re at the gym.

Gatorade Zero is a healthier option for those looking to cut down on sugary sodas and beverages. It’s tasty and contains no carbs, calories or sugars. However, it has artificial sweeteners like sucralose and acesulfame potassium that puts your weight loss goals on hold.

So if you’re hitting a weight loss plateau, try removing Gatorade Zero and artificial sweeteners from your diet while replacing them with ice coffee, Keto Perform or bone broth. 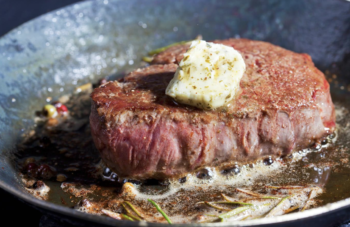 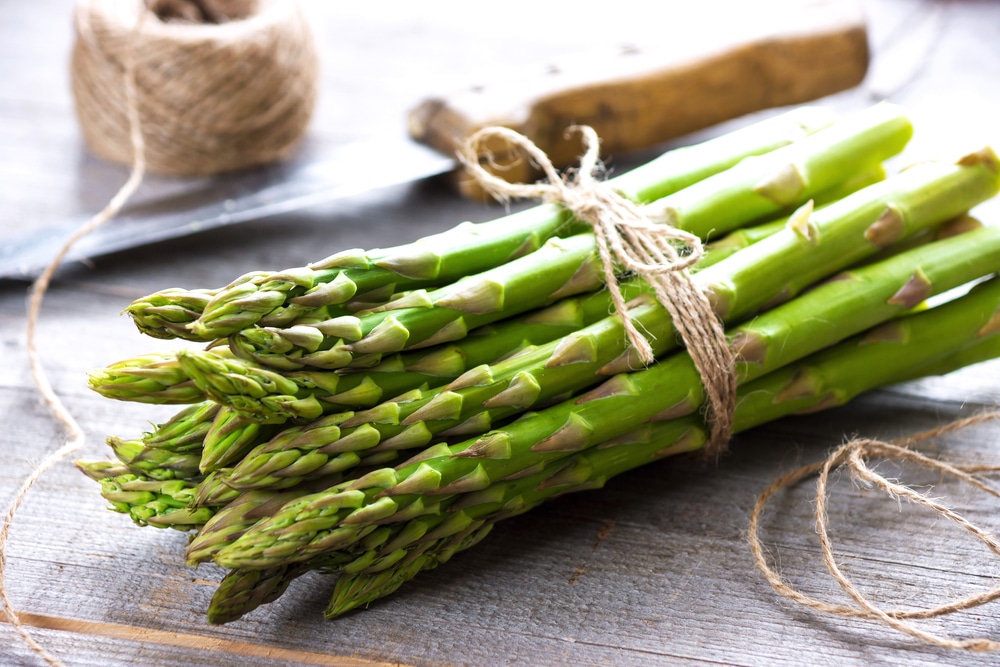 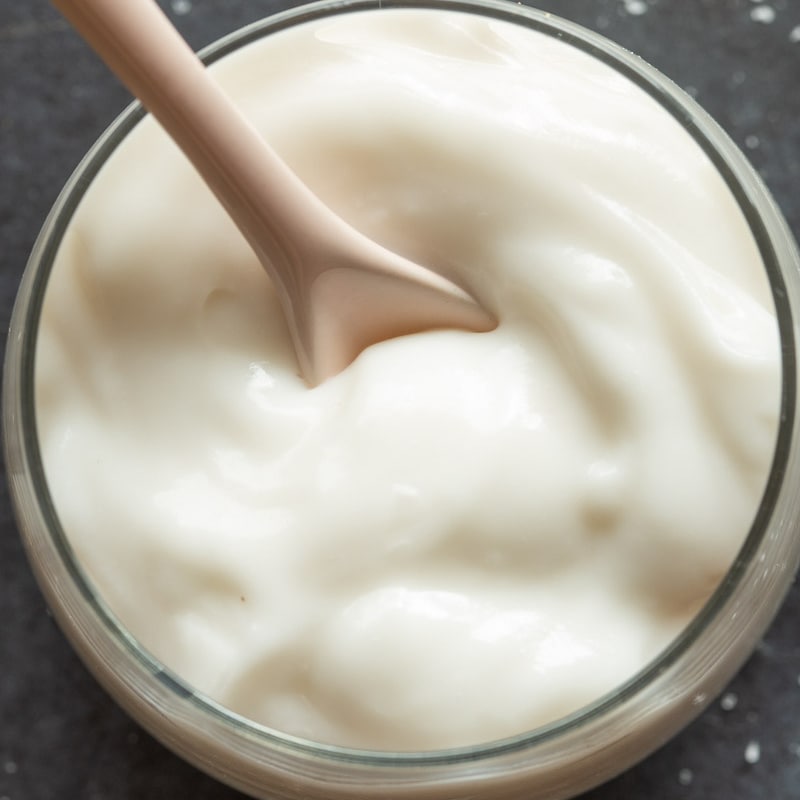